Dwight Snow is a graduate of Wake Forest University (1976) and the Campbell University School of Law (1981).  He brings over 33 years of experience to his practice of personal injury, real estate law, wills, trusts, and estates, as well as corporate law, business law, civil litigation and county government.  Mr. Snow currently serves as a County Attorney for Harnett County, North Carolina, as well as legal counsel to First Federal Bank.  He has served as past President of the Dunn Area Chamber of Commerce (1989-90), a Board member of Betsy Johnson Regional Hospital, Eagle Scout, and a member and Deacon at First Baptist Church of Dunn, North Carolina.

Growing up in Forsyth County, Kernersville, NC, Dwight learned the value of hard work from his father, Charles F. Snow, Jr., who made sure that his three sons worked in the family’s restaurant, Snow’s, on Main Street in Kernersville. Dwight was born into a family of scouts; Dwight and his brothers are all Eagle Scouts, learning to live the scout motto of “Be Prepared”.  Dwight attended Wake Forest University where he graduated with a Bachelor of Sciences in Business, and then moved to Dunn, NC, to attend law school at Campbell University.  While in law school, he interned with the law firm of Bryan, Jones, and Johnson where he became a practicing member in 1981 and partner in 1985. Dwight began his solo practice in 1995. At this time he was serving as President of the Dunn Area Chamber of Commerce when Dunn received its first All-America City award. And during the time of him serving as County Attorney the new Harnett County Courthouse and Governmental Complex was approved and built.  He has continued to serve the County of Harnett as County Attorney for 22 years as well as legal counsel for First Federal Bank since 1995. Along with this he practices law with the utmost ethical and fair standards. Dwight believes in and practices the empathetic, ethical practice of law for all citizens.

Mr. Snow appreciates your interest and consideration of his services for your needs.

Free Consultation & No Fee Unless Recovery For:

Mr. Snow’s contingency fee representation is based upon the ability to make recovery for your case. There is no charge for legal service in the event that no compensation is obtained for your injuries. 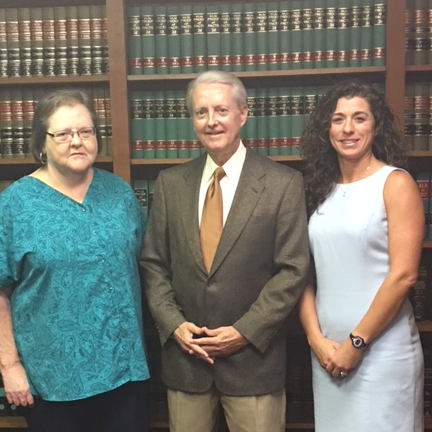